I was asked to engrave this ships crest on a tankard to commemorate a veterans 90th birthday. The Veteran had served on the ship to clear the coastline of mines ready for the D-Day landings on the 6th of June 1944 for the operation code named 'Dynamo'. HMS Ross made numerous trips and evecuated more than one thousand men of the British expeditionary force from Dunkirk.

HMS Ross was a hunt class minesweeper, built by a Scottish ship building company Lobnitz & Co located at Renfrew on the River Clyde. The ship was launched on he 12th of June 1919. She was originally called HMS Ramsey but for some reason she was renamed before the launch.

In 1941 Ross was attacked by a German bomber a few miles from Aberdeen and she narrowly escaped when a bomb passed through her bow without exploding, leaving its tail fin behind. 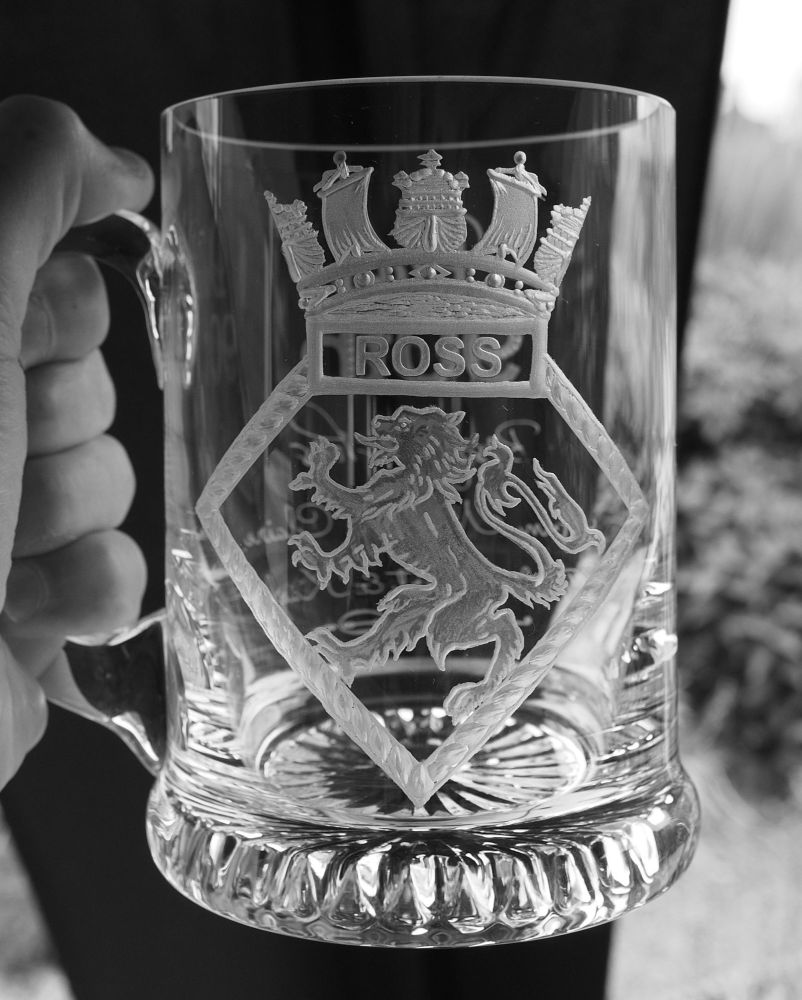